It's Tuesday and what goes best with Tuesday??
TACOS.
It's true!  They're the stuff dreams are made of.
If fact, they're so dreamy that one of the first meals I made for my hubby when we were dating was tacos.  With both of his parents being from Mexico and his affinity for authentic Mexican cuisine I KNEW he would be more than a little impressed with my mad south-of-the-border culinary skills.
Or so I thought.
Apparently, unbeknownst to me, the tacos I grew up eating (your classic ground beef, lettuce, cheese, sour cream, tomatoes, olives, etc.) were a little more 'American' than my mom (and that cute little Chihuahua) had led me to believe.
I'll never forget the moment when I proudly presented my future husband with his taco dinner.  He looked at it, looked at me (trying to and failing at not grinning), looked back at the plate and then said, with brutal honesty -- ahem, loving support, those are not tacos.
Say whaaaaaa?!?!
Yep.  It's true.  My tacos weren't actually authentic at all.  I was missing some major key ingredients.
All of them.
Flour tortilla  Corn tortilla
Ground beef  Carne Asada, pork or chicken
Lettuce  Cabbage
Cheese  Cilantro
Olives  Salt
Sour Cream  Chile (aka homemade salsa)
Tomatoes  Lime juice
As much as I hate being wrong (although in this case I think it's fair to say I had been receiving years of misinformation, basically brainwashed), I have to admit that the 'tacos' I was making don't come close to the real thing.
This one's for you babe.
In writing.
I'll admit.
You were right.
(Were. This once. Simmer down).
Now onto the good stuff, a seriously delicious Taco Fiesta!  Kelly over at Studio DIY threw the most AMAZING Taco Piñata Workshop Party!  Just look at all these maravilloso images from her event! 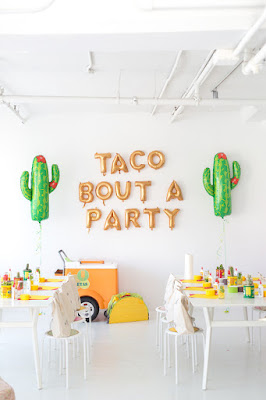 This shot is everything. 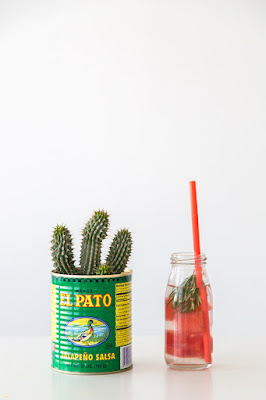 LOVE El Pato, it's the real deal!  And using the can as a planter?!  Pure genius. 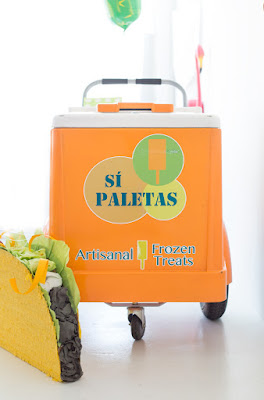 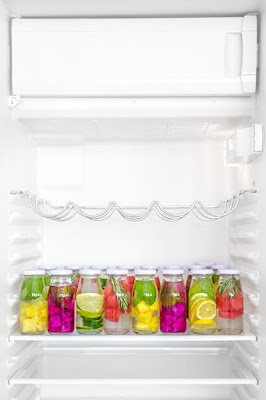 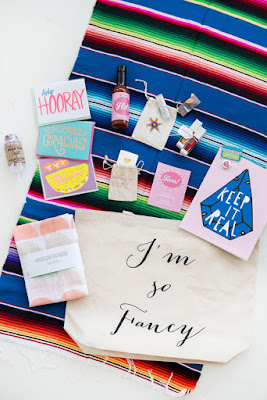 Just when you thought it couldn't get any better....
Tacos, crafting AND a swag bag!
#takeallmymoney
For more pics and all the details click here!
Ok amigos, that's all for now!  Happy (Taco) Tuesday!
Adios!
Jessica
at 11:00 AM